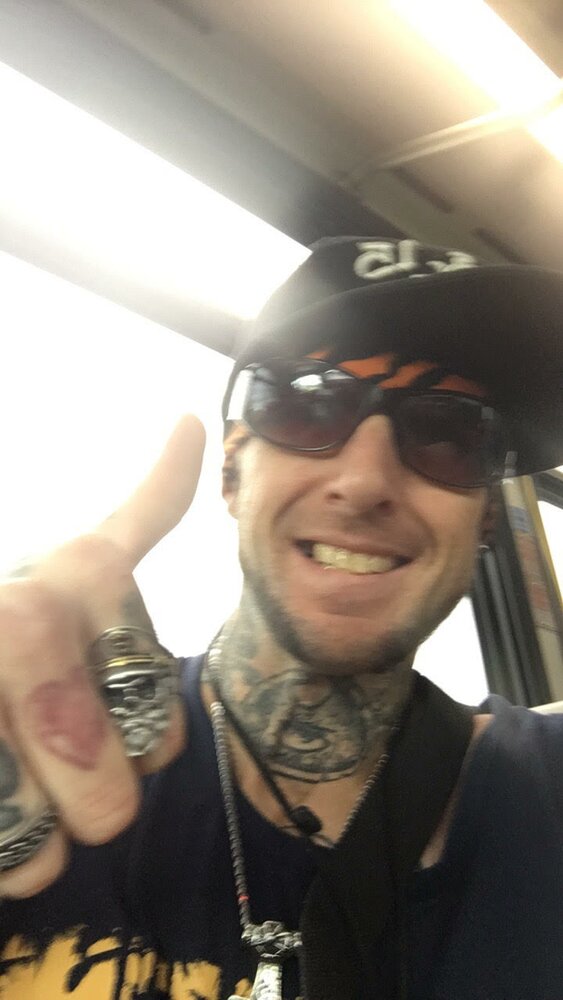 The Remembrance Store
Send Flowers
Obituary
Please share a memory of Shawn to include in a keepsake book for family and friends.
View Tribute Book

Shawn Hudock, 41, of Plymouth formerly of Exeter, passed away Thursday morning from injuries sustained after being stuck by a car on his bike.

Born in Kingston he was the son the former Susan Green and the late Michael Hudock and was a graduate of Wyoming Area High School.  After high school he attended Penn State and was going to become an addiction specialist.

Shawn was also a certified Mason.  He loved music and he was an exceptional Tattoo artist.  He was extremely talented not only with drawing and tattooing but he also taught himself how to play the guitar and would learn new songs by ear and that is no easy feat.  He never considered himself a singer but his wife loved listening to him strum on his guitar, singing his heart out when he thought no one was listening.

He was a force in this crazy world he made his presence known.  If you met Shawn, you certainly would not forget him.  His dry sense of humor and charisma would definitely leave a mark on your day.  Shawn started staying home and taking care of his wife after she had complications from an injury she sustained.

Shawn loved his girls.  His daughter Elliannah was the light of his life and his tough exterior would melt away when he was around her.   His love for his mother was everlasting.  Shawn loved her so much.  He wanted to give everything back to her that she had given to him over all the years.  Shawn wanted to take care of her as she got older.

He was predeceased in death by his grandparents, Jean Hudock, Harriet and John Green and his step-grandparents, Lois and Ronald Jones.

A Viewing will take place on Sunday August 21st, 2022 from 3p.m. until 5p.m. at the Howell-Lussi Funeral Home Inc., 509 Wyoming Avenue, West Pittston.  Interment will be private and held at the convenience of the Family.

Online Condolonces can be left at our website at Howelllussi.com.

Gofund.me/dbe3e3e2 is the link for the Go Fund me site to help family with Funeral Costs.