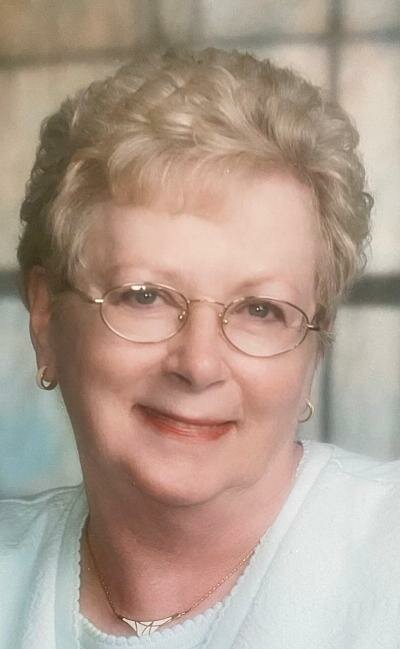 Please share a memory of Mary to include in a keepsake book for family and friends.
View Tribute Book

Mary Ann Banellis, 81 from West Pittston went home peacefully with the lord on August 23rd, 2022 surrounded by her family.

Mary Ann was born in Wilkes Barre, on April 24, 1941 the daughter of the late Bartholomew and Eleanor Leonard Madden.

She was a graduate of Coughlin High School, class of 1959.

She most enjoyed spending time with her family and friends, especially her sister in law Carol Banellis.  She enjoyed playing bingo, and going for walks.

She retired from 7D Wholesale as a bookkeeper.

In addition to her parents, she was preceded in death by her husband Donald Banellis, sister Julia Gallagher, brothers, Joseph, Paul, and Father Michael Madden.

The family would like to Thank her PCP , Dr Ernest Julius, Adfinitas providers, WBGH , Wesley Village administration, nursing, and Therapy, and Hospice of the Sacred Heart.

Mary Ann will be greatly missed by all who knew her.

The Funeral will be held on Friday August 26th, 2022 at 11a.m. from the Howell-Lussi Funeral Home Inc., 509 Wyoming Avenue, West Pittston.  A Mass of Christian Burial will be at 11:30a.m. in Corpus Christi Parish 605 Luzerne Avenue, West Pittston with Monsignor John Sempa as the Celebrant.  Interment will be in St. Mary's Cemetery in Hanover Twp.  Family and Friends may call on Friday from 9:30a.m. until 11a.m. at the Funeral Home.

To send flowers to the family or plant a tree in memory of Mary Banellis, please visit Tribute Store
Friday
26
August

Look inside to read what others have shared
Family and friends are coming together online to create a special keepsake. Every memory left on the online obituary will be automatically included in this book.
View Tribute Book
Share Your Memory of
Mary
Upload Your Memory View All Memories
Be the first to upload a memory!
Share A Memory
Send Flowers
Plant a Tree