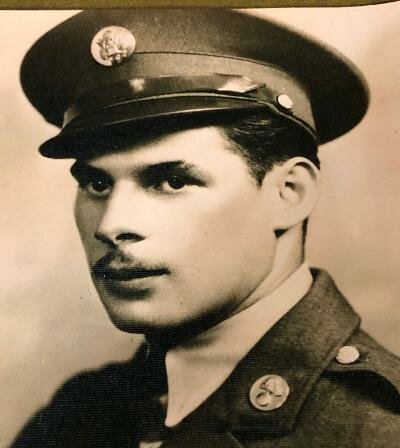 Please share a memory of Angelo to include in a keepsake book for family and friends.
View Tribute Book

Born in West Pittston he was a son of the late Luigi and Carmella Parente Manganiello and was a graduate of the West Pittston High School.   An Army Veteran of World War II, Charlie often told stories of spending all of the war in San Francisco.  During his service to our country he received several accomodations.  He received the American Defense medal, Good Conduct medal, World War II Victory medal, and the American Campaign medal.   Upon his discharge from the service, Charlie worked for Union Paper Supply for over 30 years.

Charlie loved jigsaw puzzles.  His famous 18,000-piece puzzle hangs framed in his living room.  He never had children of his own, he had his nieces and nephews that he loved like his children.  He loved his home where he was born and raised and he enjoyed life.

He was preceded in death by his siblings, Mary, Angeline, Joseph, Margaret, John, Assunta (Sue), James and sister in laws, Connie and Antionette.

The Family would like to extend their thanks to the second-floor nursing staff at River Run for their loving care and concern for Charlie these past several months.

To send flowers to the family or plant a tree in memory of Angelo Manganiello, please visit Tribute Store
Monday
24
October

Look inside to read what others have shared
Family and friends are coming together online to create a special keepsake. Every memory left on the online obituary will be automatically included in this book.
View Tribute Book
Share Your Memory of
Angelo
Upload Your Memory View All Memories
Be the first to upload a memory!
Share A Memory
Send Flowers
Plant a Tree