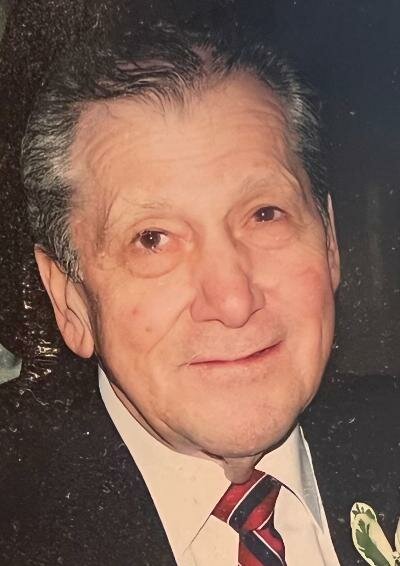 Obituary of Fulvio A. Ranalli

Please share a memory of Fulvio to include in a keepsake book for family and friends.
View Tribute Book

Born in Philadelphia, he was the son of the late Rocco and Lucia Santone Ranalli and was a graduate of Lansford High School.    He was a member of the Gate of Heaven Parish in Dallas, Pa.

Fulvio enlisted in the United States Army and served during the Korean conflict.

He was employed and worked in Mine #9, Lansford, Pa, and was in sales for Jacquin Liquor and then at Atlas Powder Co. later known as ICI explosives as a certified blaster until his retirement.

Fulvio was a member of the Knights of Columbus as a 3rd degree Knight at the Henry W. Baker Council # 2711, Tamaqua, Pa.

He was an avid New York Yankees, New York Giants fan, and loved going to the Casino and playing Poker and telling jokes.

The Funeral will be held on Saturday at 9:30am from the Howell-Lussi Funeral Home Inc., 509 Wyoming Avenue, West Pittston with a Mass of Christian Burial at 10am in Gate of Heaven Church, 40 Machell Avenue, Dallas with Father Andrew Hvozdovic as the celebrant.  Interment with Military honors will take place after in the Evergreen Cemetery, Jim Thorpe.  Relatives and Friends may call on Friday from 6pm until 8 pm at the Funeral Home.

To send flowers to the family or plant a tree in memory of Fulvio Ranalli, please visit Tribute Store
Friday
18
November

Look inside to read what others have shared
Family and friends are coming together online to create a special keepsake. Every memory left on the online obituary will be automatically included in this book.
View Tribute Book
Share Your Memory of
Fulvio
Upload Your Memory View All Memories
Be the first to upload a memory!
Share A Memory
Send Flowers
Plant a Tree