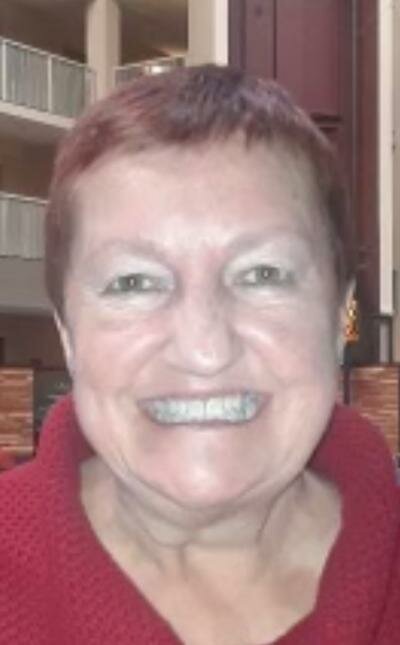 The Remembrance Store
Send Flowers
Obituary
Please share a memory of Jane to include in a keepsake book for family and friends.
View Tribute Book

Jane Frances Dessoye, 68, of Pittston, passed away peacefully surrounded by her husband, son, daughter-in-law, and grandchildren after complications from a bone marrow transplant on Saturday, August 13, 2022.

Born and raised in Pittston, Jane was the daughter to the late Vincent and late Dorothy (Williams) Kolmansberger, and youngest sister to 7 brothers and sisters (brother Jim Kolmansberger, wife Carol; sister Dorothy Reilly, husband John, sister Peggy Lemoncelli, husband John; brother the late Jack Kolmansberger, wife Barbara; sister the late Joan Cituk, husband Bob; sister the late Janet McHale, and brother the late Bobby “Kozy” Kolmansberger, wife Heather). Jane graduated from St. John’s high school in 1972 where she met Bill Dessoye, her husband of 45 years as a sophomore. She later graduated from King’s College with her bachelor’s degree and later from Misericordia University with her master’s in organizational management. After starting her career at King’s College as the Assistant Director of Financial Aid, she made the move to Misericordia to assume the Director of Financial Aid position. She remained at Misericordia for 32 years as the Executive Director of Enrollment Management and Financial Aid, before assuming a similar role at Wilkes University for the last 5 years. She loved her job and her many, many colleagues but not as much as she loved helping students and their families find a way to afford and thrive in higher education.  She was beloved by the college communities and known as a fun, kind, and passionate leader with amazing shoes and lots of style! Her career was her second love rivaled only by the love for her family.

Survived by her high school sweetheart, Bill, they built their life for the last 45 years in Pittston, PA. They traveled whenever they could, and you could always find her reading or listening to music.  She was quite the daredevil much to Bill’s chagrin. Skydiving for her 50th, or looking for the highest and fastest rollercoaster, Bill did his best to support her and even accompanied her at Universal Studios since he didn’t want her to be alone on the rollercoaster. Unfortunately, that wasn’t Bill’s best moment but shows just a small portion of his dedication and love for his wife. Always together, and often seen working on their home, out by their pool, or on the porch with a drink ready to welcome anyone who walked by. Their greatest joy was being together. Their love for their son, Billy, was evident. Proudly attending his many sporting events and providing him with a life of love filled with fun. Jane especially loved to brag about her son’s many accomplishments and was often seen giving him hugs and kisses, or just being right next to him with the big smile she was known for. She was so joyful when Billy found his match in Jenn 20 years ago. In fact, Jane was the one who officially admitted Jenn into Misericordia, unbeknownst to her, she would be her future daughter in law. The epitome of Jane’s love could be seen in her role as a Gram to Brianna, Julia, and Heather. Brianna (16) and Julia (14) loved to be with her, and she lived to be with them. Swimming, spa days, the game Clue, endless boardgames, and Gram being their waitress while Pop cooked their meals are some of their favorite memories. Their sleepovers together always included the three of them shoved into one air mattress in the living room no matter how big they all got. Heather (27), a college student of Jenn’s was a recent addition to the family when Jenn and Billy adopted her in 2020, though she had been a part of the Dessoye clan for the last 9 years. Jane was the first in line to accept and be excited to have her as an “official Dessoye”.  Her smile was bigger than ever when she was present on Heather’s official adoption day. Jane’s love for her family knew no limits.  She had a special relationship with her mother and father-in-law (the late Patty and William Dessoye), her sister and brother-in-law (Debbie and Dave Nossavage) as well as her many nieces and nephews who adored their Aunt Janey.

Jane fought valiantly and gracefully after her diagnosis of Myodysplastic syndrome just a few short months after she retired in November of 2021. She wanted to fight even after finding out a bone marrow transplant was her only chance of remission and survival. She endured chemo and all the testing with the smile, laugh, and positivity none of us could ever forget. She forged her way into the hearts of the medical team at Upenn, who all came down with many tears and stories about Jane’s spirt in the few days prior to her passing. She just had a way with people, to know her was to love her, and she had a way of making it known that she loved you too.  Jane will be missed more than words can express, but we hope we can all take a little piece of her with us to make us better colleagues, mentors, community members, friends, relatives, siblings, parents, grandparents, and spouses. We will love you forever, until we see that smile and hear that laugh again.

A viewing will be held from 5 to 8 p.m. on Wednesday at the Howell-Lussi Funeral Home Inc., 509 Wyoming Ave., West Pittston. A funeral mass will begin at 9:30 a.m. at St. John the Evangelist, 35 Williams Street Pittston. Interment will be private and held at the convenience of the family. Please wear bright and colorful attire as Jane loved to do.

Condolences can be left at the funeral home's website, Howelllussi.com.  In Lieu of flowers, donations can be made to a fund in Jane’s name that will go to helping the students in the Occupational Therapy Program at King’s College, her alma mater and first professional career job. The fund will be managed by Bill, Billy and Jenn (Chair of the OT program at King’s) https://alumni.kings.edu/give/OT-memorialgift